Banana Pudding – Life Above the Cafe

A pudding that they will go bananas for! 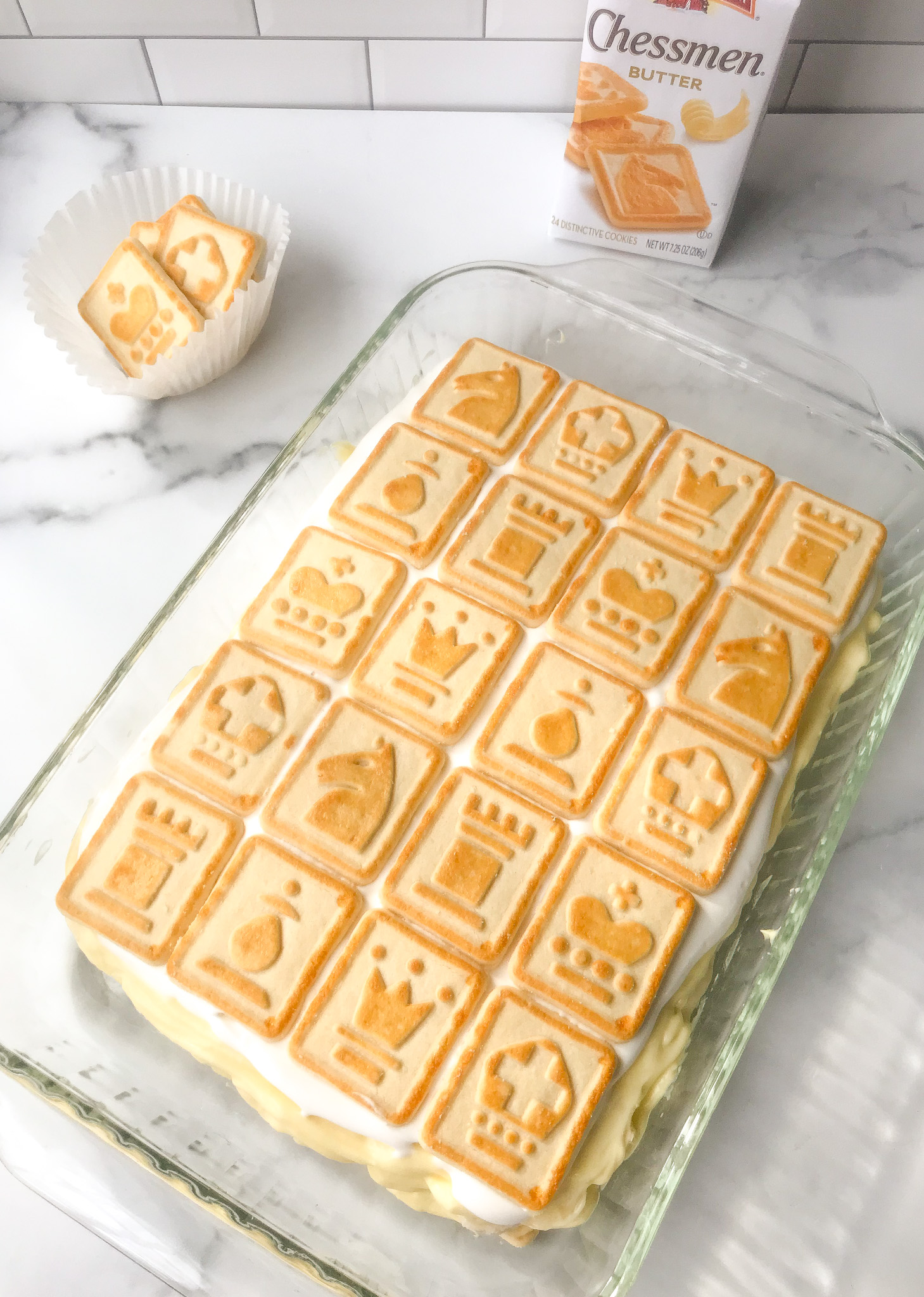 Banana pudding is the perfect dessert anytime of the year. This year my family planned a big party to celebrate my grandmother’s birthday. Rather than buying a large birthday cake to feed our ever growing crew, we had assorted desserts and ice cream. I knew immediately which dessert I would be bringing, Banana Pudding.

I do not love cooked Banana Pudding. I prefer Banana Pudding the day that it is made while the cookies are still a little crunchy and the bananas haven’t started to brown. When I told two of our family’s biggest food critics that I was making a no bake banana pudding they both decided on the spot that they weren’t going to like it. It’s funny but one of the critics had two servings and I’m pretty sure the other food critic licked the pan clean.

I found this recipe, which uses Pepperidge Farm Chessmen Cookies, in a Paula Deen magazine years ago; but I changed up the layering slightly because I like lots of bananas and a layer of whipped cream on top. I love the buttery flavor of the Chessmen cookies, but a box of Vanilla Wafers is a great substitute if you want a more traditional flavor.

In order for this layered dessert to set up, I recommend making it the evening before your event or at the very least, early in the morning the day of the event. I keep my Banana Pudding refrigerated until right before I serve it so that it’s nice and cold. This is a Banana Pudding recipe that definitely won’t disappoint and feeds a crowd!

In a large mixing bowl combine softened room temperature cream cheese and sweetened condensed milk. Beat these two together with an electric mixer until smooth.  If needed cut the cream cheese into chunks and warm it in the microwave for 10 – 15 seconds to soften it.

Add the pudding to the cream cheese and condensed milk and stir well, and then slowly incorporate the milk.

Add 12 oz. of cool whip to the pudding mixture and stir well. I buy a 16 oz. container of cool whip so that I will have enough cool whip for the top, but the original recipe doesn’t use this so leave it out if you prefer. I don’t measure out exactly 12 oz. I just scoop out 3/4 of the container and use the rest as my topping.

In a 9×13 baking dish or aluminum pan place a layer of the Pepperidge Farm Chessmen Cookies. I sorted through the bags to find all of the broken ones for this layer and kept all of the unbroken cookies for my top layer.

At this point I spread a layer of cool whip on top of the pudding and then top it with the Chessmen Cookies. If you prefer just top the pudding with the cookies.

Refrigerate the banana pudding until ready to serve.  I’ve made this the night before or the morning of our gatherings, both are fine, and the cookies have a chance to soften a little if you make it earlier.

I recommend using two pans if you double this recipe.