Don't even think about skipping the marinade! 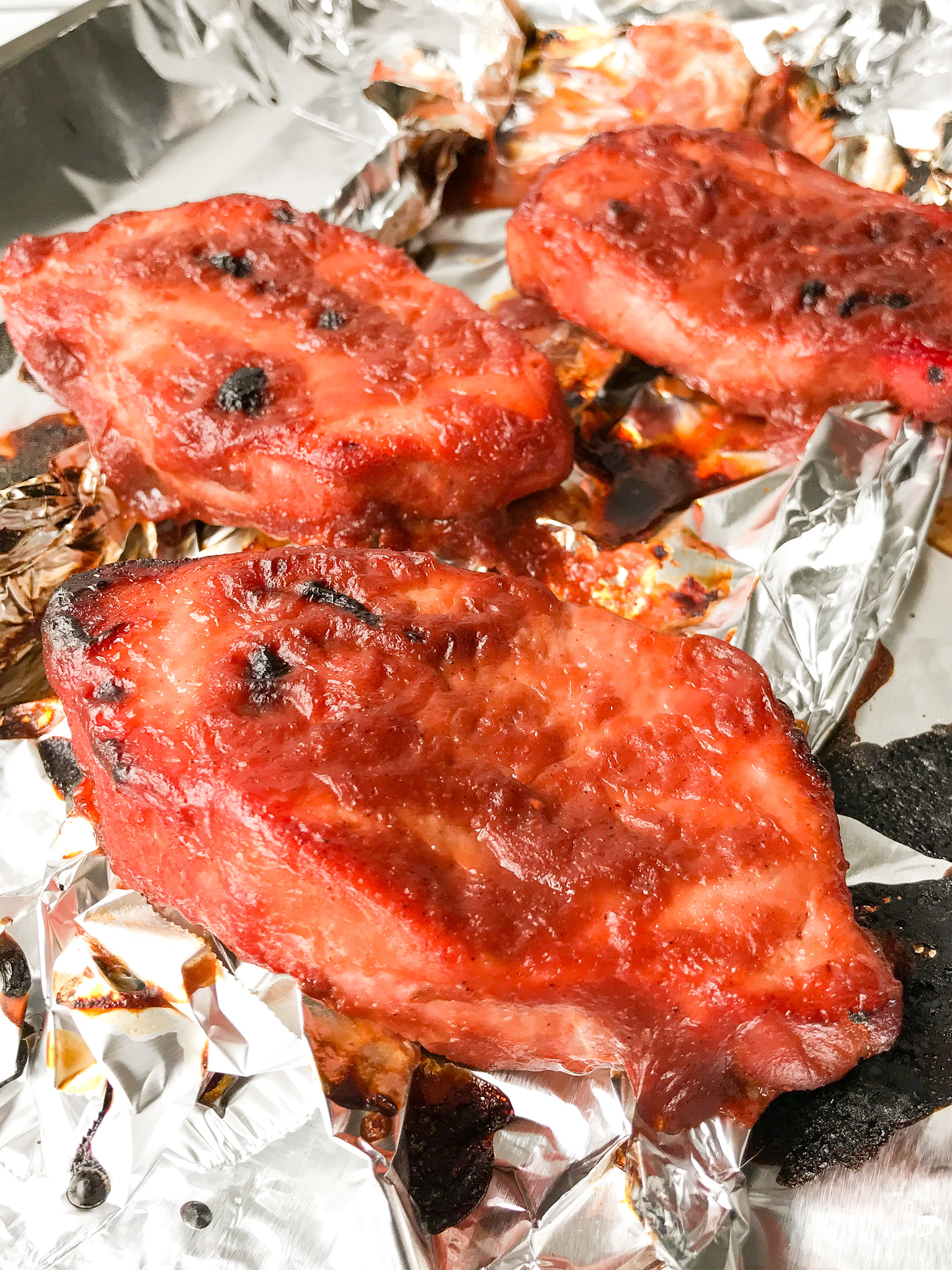 Chinese style BBQ pork, which is used in my amazing Pork Fried Rice recipe, wasn’t something I tried before. I love the sticky ribs and pork pieces that I’ve had in Chinese restaurant dishes, but normally I don’t spend the time to marinate and slow roast pork before making pork fried rice.

I’ve decided after making these Char Siu Pork Chops that will all change for good. I’m never passing up the opportunity again to impart so much extra flavor into my pork fried rice.

This isn’t a traditional recipe because I didn’t have Hoisin Sauce (I’ll be honest I’m not a fan of the stuff), but I didn’t let that stop me from making an amazing marinade. Instead I subbed out a little BBQ sauce that we had in the refrigerator. All in all my version was tasty and by adding a little red food coloring I was able to achieve the red ring of color that is traditional to Char Siu pork. I also didn’t have Chinese five spice, but I improvised there as well. If you have it then sprinkle a little into your marinade.

Winging it with this recipe meant building an aluminum foil roasting rack since I don’t have a roasting rack for my baking sheet. I highly suggest that you keep the pork up out of the pan while it roasts so that it doesn’t steam. I crunched up strips of foil to rest the pork chops on. If you have a roasting rack then definitely spray it well with cooking spray, cover the pan with foil to prevent a messy cleanup from the burnt sauce, and pour 1/4 cup of water in the pan before placing it in the oven to help the meat to cook well and to avoid too much burnt sauce in the pan.

Place the marinated pork chops on the pan and bake for 10 minutes and then flip them and bake them for 10 more minutes.

While the pork cooks, pour the marinade into a small pan and add the cornstarch to the marinade, mixing until no lumps remain.  Bring the marinade up to a boil and then simmer for 5 at least 5 minutes.

The pork should have some crispy parts but do not let it burn all over.  Once the pork has broiled on both sides remove the pan from the oven and allow the pork chops to rest for 10 minutes before slicing or dicing it.

Use the Char Siu pork in recipes like Fried Rice or Lo Mein, or as a main dish.

Note** If your pork chops are thicker than 3/4 – 1 inch thick then you may need additional baking time before placing them under the broiler.  Make sure to check the internal temperature if you are uncertain as to whether or not your pork chops are cooked through.  Don’t over cook thin pork chops, adjust the time or lower your temperature to 325 degrees Fahrenheit.