A great side or main dish anytime of the year! 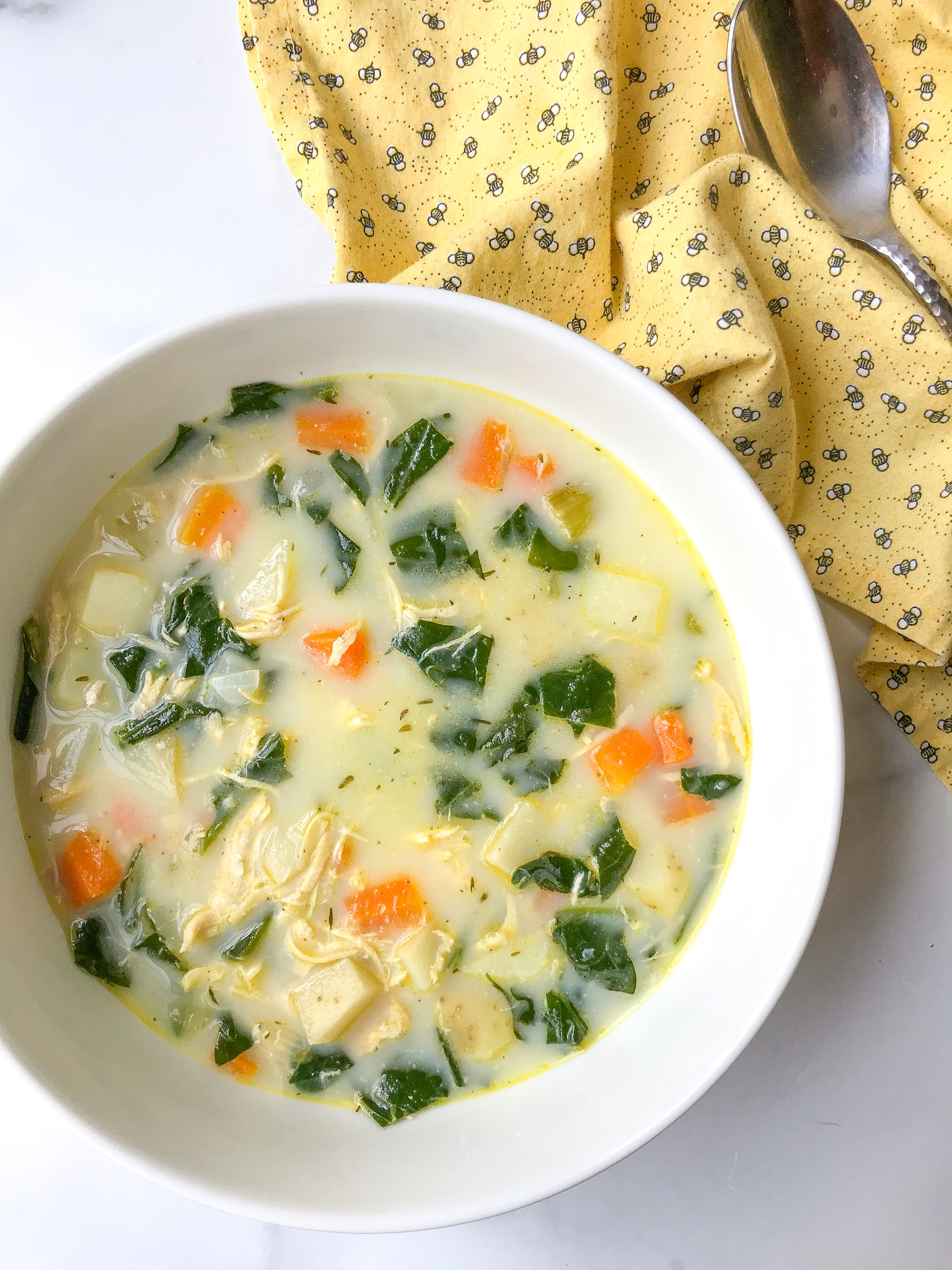 This Chicken Spinach Chowder quickly became a hit in our house and with our family friends that often came over for my Lasagna dinners. I always serve this soup with a big build your own salad bar and my homemade Lasagna since it feeds a crowd.

I have a few family members that are lactose intolerant so for them I substitute the dairy with a lactose free milk or leave it out for a clear broth soup. It’s still as delicious as the original version and keeps their tummies happy.

Feel free to substitute the diced carrots for shredded carrots and the chopped spinach for kale if you prefer. If you want to up the veggies, this Chicken Spinach Chowder is also delicious with a can of corn or 2 cups of frozen corn added in. Yellow or white creamed or regular corn niblets are both great options. If using whole corn niblets, drain it before adding to the soup. The creamed corn can act as a substitute for the dairy product at the end so the soup doesn’t become too thin or reduce the amount of broth.

A soup this good has to be made for times other than inviting friends to dinner. Loaded with carrots, potatoes, spinach, and chicken it’s flavorful and filling anytime of the year. This Chicken Spinach Chowder is perfect for meal plans and I often make a big pot of it to divide up for my weekly lunch option.

Note –  use 2 tablespoons of butter and 1 cup of milk if you don’t have heavy cream.  Also, for a thicker soup at the end blend 1 to 2 Tbsp. of cornstarch with 1/4 cup of water and pour into the slowly boiling soup.  Stir constantly as it thickens.  Dry potato flakes for mashed potatoes also thicken soups well.

If you have chicken broth readily available, substitute 6 cups of broth in place of the water and chicken bouillon cubes.

In a large soup pot warm the oil up on medium high heat and add the diced potatoes, carrots, celery, and onions.  Sprinkle the seasonings over the vegetables. Saute the vegetables for about 4 to 5 minutes.

Pour the water in and add the chicken bouillon cubes or use chicken broth.  Bring the soup up to a boil and reduce the heat to a low simmer.  Cook until the vegetables are tender, about 20 minutes depending on the size of the diced vegetables.  Add the diced chicken and heavy cream.  If preferred, thicken the soup as listed above or leave as a thinner soup.

Taste and adjust the seasoning as needed.

I used golden potatoes but any variety will work well.  Also, adding corn as listed above is another great flavor option.