A party in a bowl! 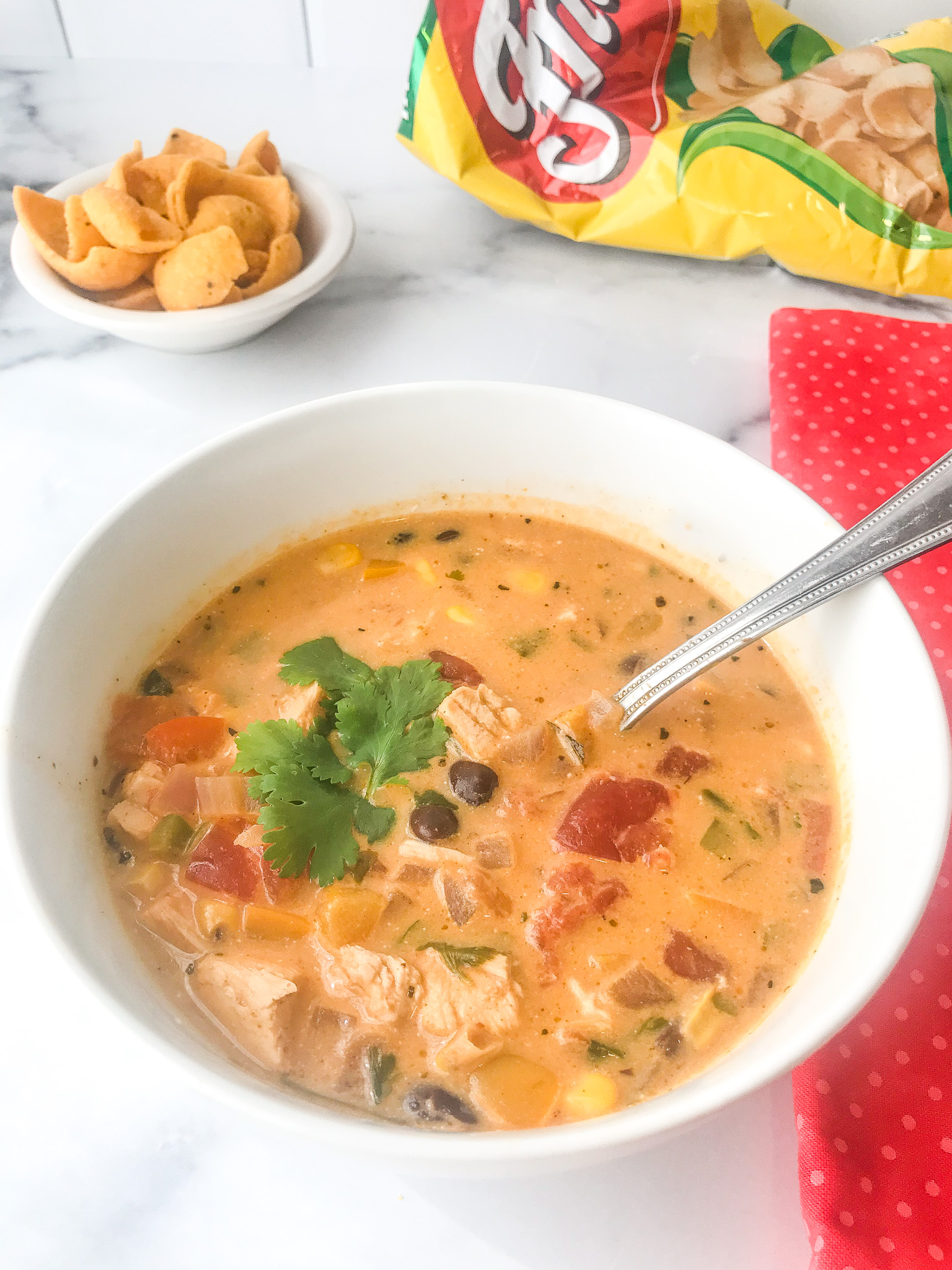 I love soup anytime of the year and this Fiesta Chicken Soup is a favorite in my house. I have a Chicken Tortilla Soup Recipe that is a little spicier and thicker, almost like a chicken chili, but to me, this Fiesta Chicken Soup is a little lighter and thinner like a chicken noodle soup. A soup that’s less heavy means that I don’t mind having a bowl of it during the spring and summer months.

Soup is a great option for an easy lunch. Rather than buying canned soups that are full of sodium, I like to make my own soup so that I can control the salt and other seasonings. I have a set of four microwaveable soup mugs that make for easy portioning for lunches, so soup is usually on our weekly menu.

Although this Fiesta Chicken Soup does call for heavy cream and cheese, if you don’t eat dairy, you can omit both of those ingredients. You won’t miss them because the soup still has plenty of flavor, and it will be lower in calories.

I served this soup alongside these Cuban Sandwiches and both were a hit.

Dice the chicken into bite size pieces.  The diced chicken should equal about 3 cups.  Wash and dice all of the vegetables and chop.  I dice the bell pepper and onion to about 1/4 inch size or the same size as a corn kernel.  The jalapeno will be spicy unless the seeds and veins are removed so I take them out.  Chop the cilantro into small pieces.

Over medium high heat, in a large stock pot, add the chicken broth, chicken, Rotel tomatoes, black beans, corn, jalapeno pepper, bell pepper, onion, cilantro, spices, and salt and pepper. Bring to a boil and turn down to a simmer. Simmer for about 20 minutes or until the bell pepper is tender. Taste and adjust seasonings.  I don’t use low sodium chicken broth so I don’t add a lot of salt, but you may want to add more salt.

Add the heavy cream and if using, the canned cheese.  Stir until incorporated and warmed.

If desired, serve with tortilla chips or Fritos (I like the lime flavor), shredded cheese, chopped cilantro, and limes.  I also like to add a spoonful of homemade pico de gallo to the center of my bowl.