Hamburger Steak and Gravy – Life Above the Cafe

Thursday night dinner at home instead of at the mall! 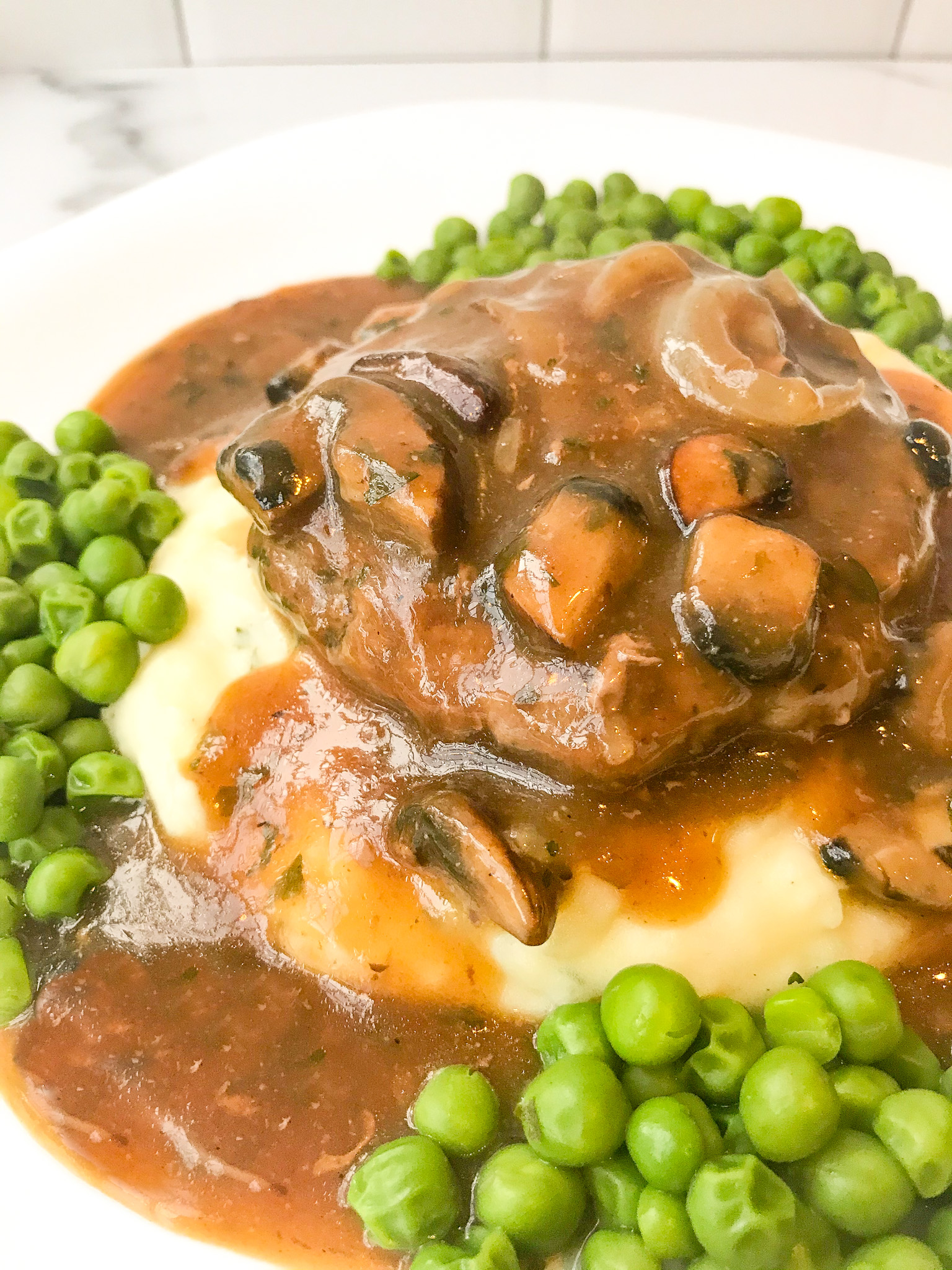 I love grilled hamburgers topped with a slice of melted cheese, but you can’t beat a hamburger covered in gravy. When my kids were younger a friend and I used to pile into my car and take all of our kids to the local mall on Thursday nights. No dads allowed.

We would eat at Picadilly (which is a cafeteria style restaurant where you choose from dozens of items) because kid’s meals were $1.99. After we had our dinner we would all walk around for a while exercising aka window shopping to help ourselves to feel better about all of the food that we had just consumed. The window shopping is why the dads weren’t allowed to join us!

On Thursday nights, we each had our usual items that we chose as we walked down the food line. I love veggies and would often get a veggie plate, my daughter opted for macaroni and cheese and my son loved their hamburger steak with gravy.

This is my version of the Picadilly Hamburger Steak and Gravy. It’s not a super thick gravy, because their’s wasn’t either, but it’s definitely loaded with flavor and great over beef or these mashed potatoes. If you prefer a thicker gravy then add less water and if you prefer a plain gravy rather than the mushroom and onion gravy then leave out those items.

For the Hamburger Steaks:

For four patties use 1 pound of ground beef that is lean to avoid the patties from shrinking (I use 90/10). If you decide to use 80/20 I would use an extra 1/2 pound of meat. Place the meet on a sheet of waxed paper and sprinkle seasonings over the top (dried parsley, Morton’s seasoning salt, and dehydrated minced onions). Lightly mix the meat up with the seasonings and divide it into four equal portions. Lightly form the patties with your hand. Don’t overwork or the meat will get tough.

Slice the mushrooms and onions thinly if using.

Over medium high heat, in a large non stick skillet add 1 Tbsp. of oil and saute the onions and mushrooms. Lightly season the onions and mushrooms with Morton’s seasoning salt (1/4 tsp.) and 1/2 tsp. of parsley flakes as they cook. Once the vegetables are tender, about 4-5 minutes, move them to the side of the pan and add the hamburger steaks. Brown the hamburger steaks before flipping (about 3-4 minutes).  Brown both sides of the meat before adding the gravy.

Serve with mashed potatoes and green peas or your favorite vegetables.