Fiesta Potatoes – Life Above the Cafe

Fiesta potatoes, because everyday should include a fiesta! 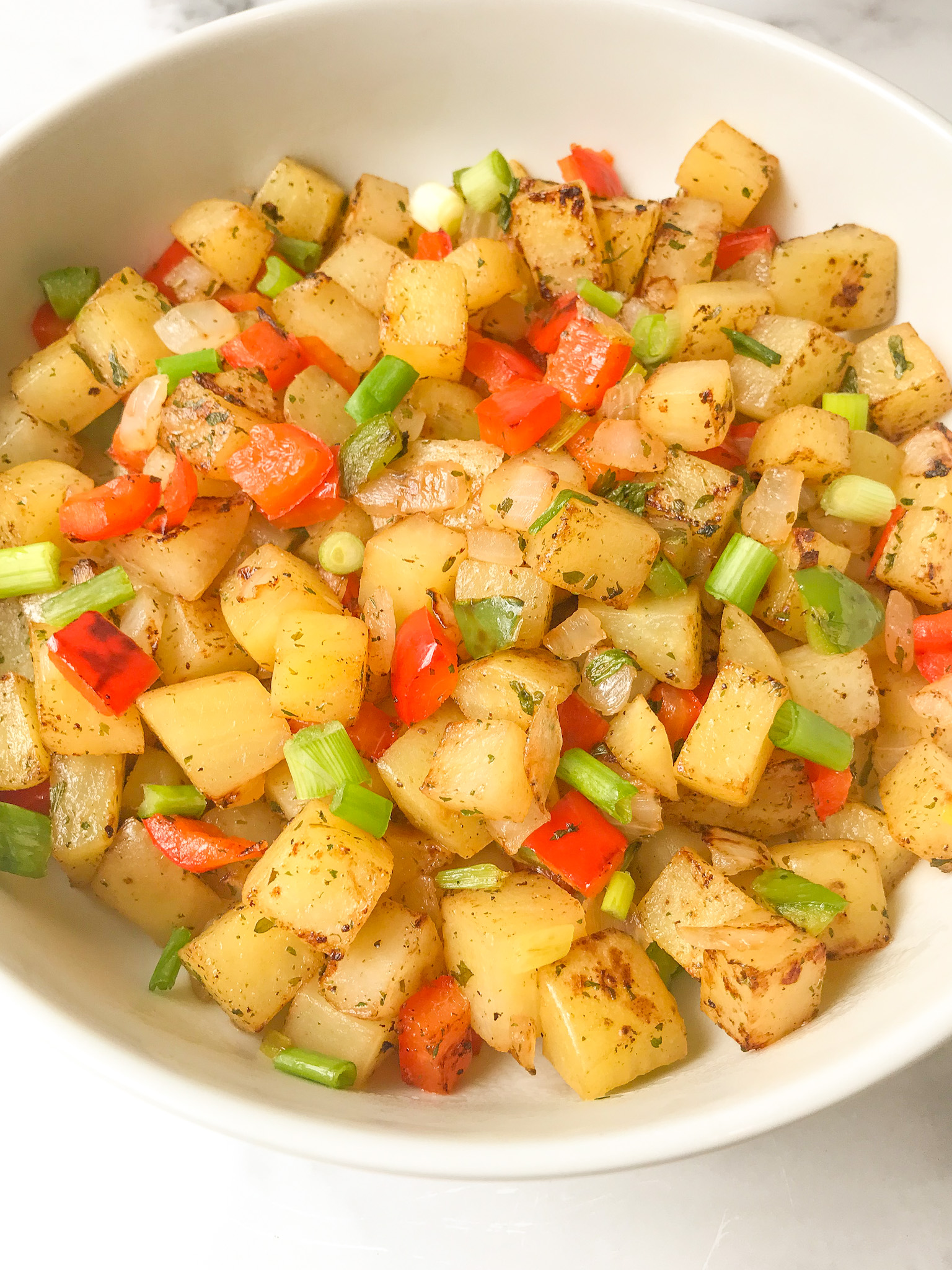 I recently made baked potatoes for our meatless meal option to use as the base for loaded broccoli cheese potatoes. I cooked a total of four potatoes in my electric pressure cooker. We had two for dinner that night, I had one the next day for lunch, and by the third day I wasn’t feeling jazzed about eating another potato. Although I love potatoes, I do not want to eat baked potatoes every day of the week.

Rather than let the lonely potato hang out in the fridge waiting for someone to eat it, I put it to good use as a breakfast carb. That remaining potato became delicious Fiesta Potatoes, a side dish that I will definitely be adding to our weekend breakfast rotation.

For years I made fried potatoes from raw diced potatoes. I could never get them cooked just right. While trying to get the center completely cooked the outer layer would be steamed and never seem to crisp or it would be a little overcooked while the center seemed underdone. Total failure of the crispy exterior and fluffy inside that I was trying to reach, that is, until I decided to turn our lonely baked potato into skillet fried potatoes. Fried potato mystery solved and I’m never going back to raw potatoes as my base for cooking fried potatoes again.

Finally, a recipe that transforms a leftover potato into a side dish that will be the star of your next breakfast or brunch. Try it and I guarantee that you’ll always have a reason to make an extra baked potato.

I hope that you’ll try this recipe and leave a message in the comments below. Also, for daily updates follow @lifeabovethecafe on Instagram, Facebook, and Pinterest using the social media icons found on this page.

Dice the potatoes into 1/4 – 1/2 inch cubes. Dice 1/2 of a red bell pepper and the white or yellow onion and dice the green onions stalks.

In a non stick skillet over medium high heat warm 1 Tbsp of oil. Add the potatoes, peppers, and green onions to the pan. Season the potatoes with salt, pepper, and garlic powder to taste (I also use Lawry’s seasoning salt over the surface of the potatoes), and add the dried parsley flakes.

Cook the fiesta potato mixture over medium high heat until the potatoes are browned, which should take about 7-10 minutes. If needed add a little more oil to the pan or a little water, but not too much water or the potatoes will steam rather than crisp.

Don’t go to the store to buy this specific color of bell pepper if you have a yellow, green, or orange bell pepper available. Likewise, if you already have a different variety of onion dice and use it in place of the green onions. Garlic powder would also be a great addition.

Serve with a sprinkling of shredded cheese and sour cream if desired.  Refrigerate leftovers and warm in the microwave or skillet.